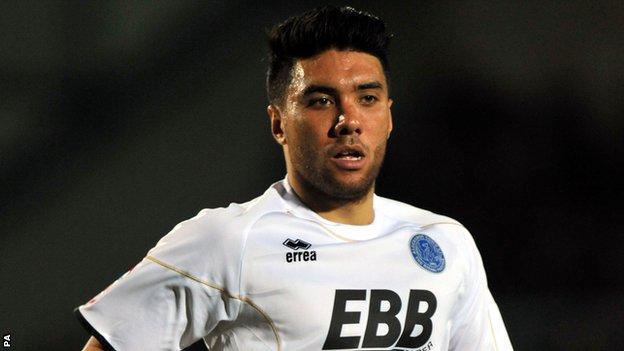 Aldershot Town midfielder Danny Rose says his side must fight harder than ever before to stay in League Two.

Saturday's home defeat by AFC Wimbledon saw the Shots remain second-bottom, having played a game more than the four sides level on points with them.

"We have to scrap, show heart, dig in deep for one another - that's the minimum," he told BBC Radio Surrey.

We're limiting teams' chances but not scoring ourselves, it's the same old story. Goals are the only statistics that matter in football

"It was a difficult pitch and it hurts to say, but Wimbledon were better than us at scrapping and fighting it out."

After winning their first game under new manager Andy Scott, Town have drawn three and lost two since, scoring only three goals.

They are the lowest scorers in League Two, with just 35 from 39 matches, four fewer than both Accrington and Plymouth.

"We can't blame the strikers, the whole team has to take responsibility," the midfielder continued.

"We're limiting teams' chances but not scoring ourselves, it's the same old story. Goals are the only statistics that matter in football.

"We have to fight even more than we ever now have because if we keep going the way we're going we'll let down a lot of people."

Aldershot's next game is away at second-placed Port Vale on Saturday.