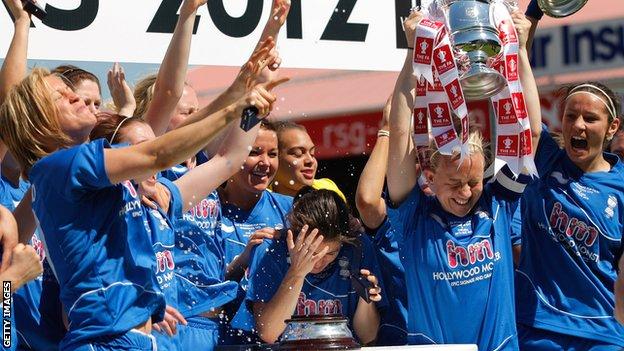 Holders Birmingham face a quarter-final trip to either Nottingham Forest or Arsenal in the FA Women's Cup.

Women's Super League champions Arsenal will travel to Forest for their fifth round tie on 24 March.

Those three matches will be on 31 March but Bristol Academy's home tie is on 14 April as they await either Oxford or Everton, who will play on 31 March.

Ties to be played on 31 March, except Bristol Academy tie which will take place on 14 April