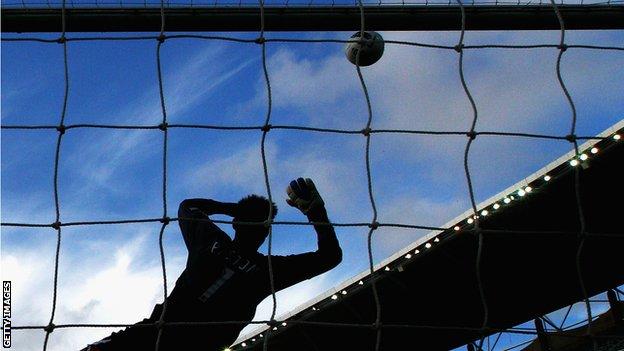 Billericay Town manager Craig Edwards has said there is "no chance" his players have anything to do with suspicious betting patterns.

On Friday, the Football Association said it was

"In 15 years of managing that has to be the most despicable thing I have ever heard of," Edwards told BBC Essex.

The FA, which is working with the Gambling Commission's Sports Betting Intelligence Unit on the case, has appealed to the 22 clubs in the division for information about possible misconduct relating to betting.

All clubs have been asked to remind players and officials of their responsibilities under the rules.

Former Chelmsford and Grays boss Edwards, who led Billericay to promotion from the Isthmian Premier League last season, said he was angry that his side had been associated with the affair.

"This club is whiter than white. Anyone who thought that me or any of my players would ever do anything for a few quid extra... they've obviously never met me," he said after Saturday's 2-1 home defeat by Welling United.

"To throw that at our three clubs, people look at it and think 'something is going on there'. It's disgraceful.

"What they want to kick out of football is the gambling. Get rid of that and you have no corruption at all."