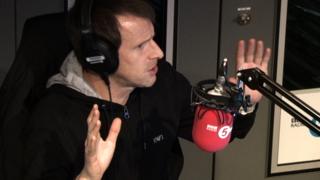 Does Ferdinand have an England future?

Ferdinand's last England appearance was in the 2-2 draw against Switzerland in June 2011 but he won a recall for the matches against San Marino and Montenegro, before announcing on Monday he would not be joining the squad.

Listen to this week's Monday Night Club on BBC iPlayer.