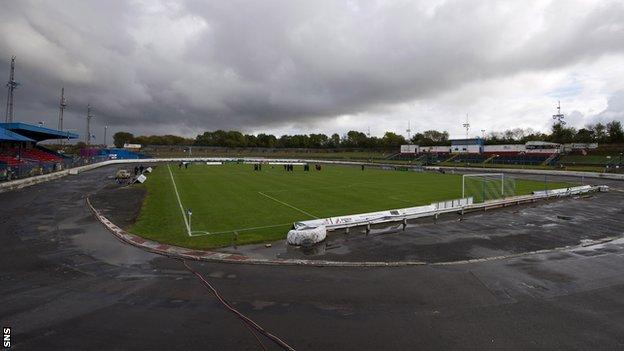 Partick Thistle's bid to go top of the First Division will have to wait after Tuesday's match at Cowdenbeath was postponed because of snow.

Livingston's re-arranged match against Hamilton has also been called off.

Tuesday's Scottish Second Division match between Brechin and Stranraer is also off because of ongoing problems with Brechin's waterlogged pitch.

The match between Albion Rovers and East Fife has passed a 15:30 GMT pitch inspection.

No new dates for the postponed matches have been confirmed.