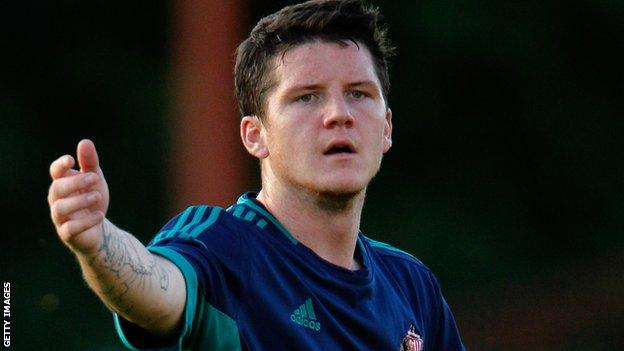 Josh Gowling headed the Harriers in front before Bradley Bubb levelled from the spot after being adjudged to have been brought down by Mickey Demetriou.

Anthony Malbon's tap-in put the hosts ahead after the break, but Billy Knott levelled immediately, turning Gowling to fire in a 25-yard shot.

Kidderminster Harriers remain one point clear at the top of the Blue Square Bet Premier - a far cry from the woeful way they started the season.

Steve Burr's men lost their first five games, only had five points from their opening 10 matches and were still bottom on 29 September, but 20 wins from their last 24 league clashes has put them back in serious contention for promotion.

Keith Briggs and Danny Pilkington both hit the post for Harriers late on.

Kidderminster's first draw in 24 league games, with the last having been at Woking in November, means that second-placed Mansfield, are now just one point behind, with three games in hand.

Marvin Johnson had Harriers' best early chance, breaking down the left before firing just wide from the edge of the area.

But, with the hosts continuing to press, Gowling put them ahead on 13 minutes with an easy header when Woking failed to clear Kyle Storer's corner.

Michael Gash should have doubled the lead soon after but he headed Johnson's well-placed cross wide from inside the six-yard box.

A poor header by Cheyenne Dunkley then resulted in Bubb going down under Demetriou's challenge before getting up to blast home the resulting penalty on 22 minutes.

Woking were then went close to taking the lead when Kevin Betsy's strike was tipped away low down by home keeper Danny Lewis.

Jayden Stockley should have put the visitors in front with a free header before Malbon fired wide in similar circumstances at the other end.

Stockley went close for Woking early in the second half when his point-blank header was tipped away by Lewis.

Harriers then punished them on 55 minutes when Storer's free-kick was cleverly headed across the goal by Gash for Malbon to prod home.

But, with the home crowd still celebrating, Woking levelled straight from the kick-off, Knott shimmying past Gowling's challenge before running on to fire a stunning low shot just inside Lewis's left upright.

Keith Briggs almost made it 3-2 to the hosts but his powerful 20-yard strike hit the post.

Danny Pilkington then had a free-kick tipped away by Seb Brown before his 25-yard shot struck a Woking upright.

And Harriers were aggrieved not to be awarded an injury-time penalty when Ryan Rowe appeared to be tripped in the box, only for referee John Hopkins to wave away their protests.

"For us to get 2-1 up then concede within 30 seconds was very disappointing.

"Apart from not actually getting all three points, that was the big negative of the night.

"But I couldn't have asked any more of the players. We threw everything at Woking to try and get the ball in the back of the net."