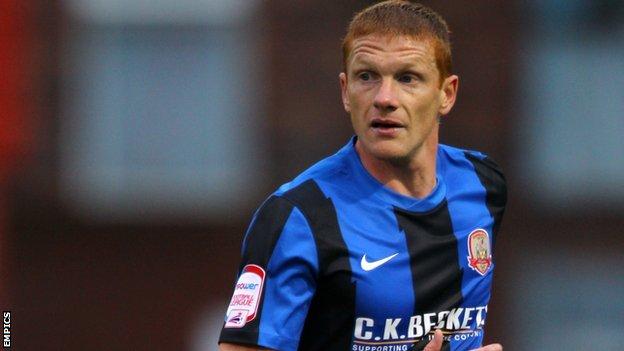 Barnsley defender Bobby Hassell says his side's recent form is the best they have shown in his nine years at the club.

Boss David Flitcroft has managed 10 wins from his 16 games in charge since succeeding Keith Hill.

"I've never known form like this in my nine years with the club. It's been a tremendous effort," Hassell told BBC Radio Sheffield.

"If the season had started on 1 January then we'd be third or fourth."

He added: "The frustrating thing is we can't seem to pull away from the bottom because everyone else seems to be winning.

"There's probably 10 teams down there and we've got a tough run-in but in our form I fancy us to beat anyone."