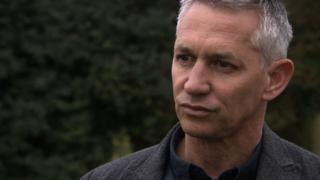 Match of the Day presenter Gary Lineker reflects on the "phenomenally" successful career of Michael Owen on the day the forward announced he is to retire at the end of the season.

Lineker feels Owen has been "unlucky" with injuries throughout his career but describes the former Liverpool man as one of the "greatest goal scorers England ever had".

Owen, 33, who scored 40 goals in 89 internationals, played for Liverpool, Real Madrid, Newcastle United and Manchester United and is now at Stoke.