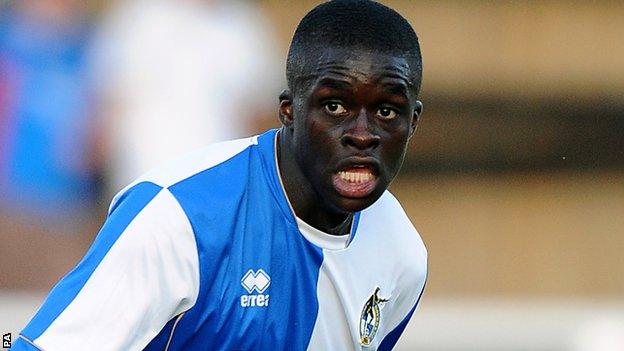 The 21-year-old right-back has been playing for Conference South side Sutton United this season.

Boateng joined Bristol Rovers in July 2011 after impressing while on trial, but left the club a year later having failed to make a league appearance.

"Hopefully it all goes well and I can stay here for a long time."

Boateng joins Newport as the south Wales club face a fixture backlog in their quest to secure promotion to the Football League.

He was at Rodney Parade on Tuesday to watch his new side face promotion rivals Kidderminster - the first of 12 games Newport must play before the season ends on 20 April.