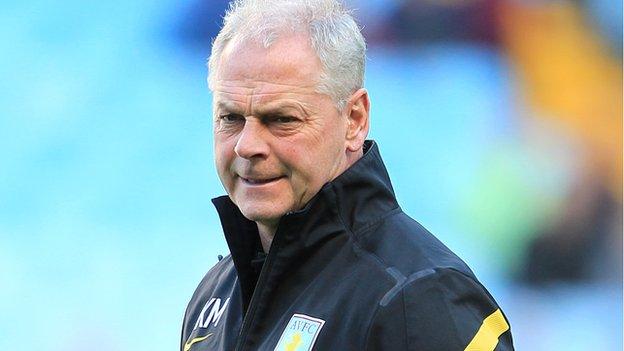 Town are currently unable to make signings as they are under a transfer embargo, while issues with the club's recent takeover are resolved.

MacDonald included academy members Alex Ferguson and Connor Waldon, both 19, in the squad for Tuesday's 2-0 win over promotion rivals Yeovil.

Ferguson signed for Swindon in 2009 from Reading. Named on the bench for senior team against Yeovil in March.

Joined Town on trial before signing a scholarship forms. Regular in youth team.

The son of former Swindon player Fitzroy, Simpson was spotted as a six-year old playing at Stratton Juniors.

Signed for Swindon aged 15. Named on the bench for senior team against Yeovil in March

"I would play them and I might have to," the Scotsman told BBC Wiltshire.

"I wouldn't have any worry about throwing them on because although they're inexperienced, they'll run around."

Academy graduate Nathan Thompson was named man of the match against Yeovil - a result which saw Swindon move up to third in League One - while Aaron Ferris and Jake Simpson, both 18, also travelled with the squad.

Town are currently without defender Troy Archibald-Henville, while midfield duo Simon Ferry and Alan Navarro both picked up hamstring injuries this week,

But MacDonald has accepted he may have to work with what he has got if the embargo continues after the loan window closes on 28 March.

"I'm working on the premise that we won't be out of the embargo," said the former Aston Villa assistant. "If we do, then we might have time for a chat to see if we can bring in some players.

"But for now we've just got to try and stay injury free."