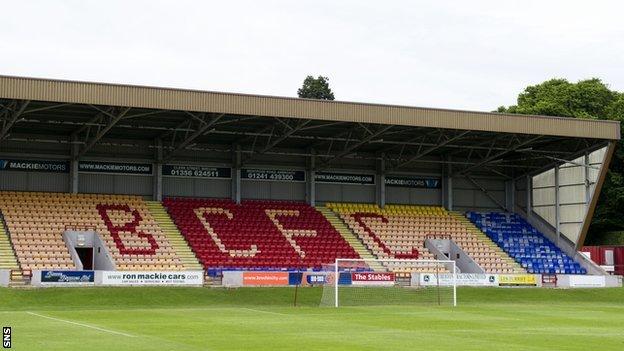 Brechin City have been given permission to move their Second Division match with Ayr United to another venue.

The match, to be played on Saturday 23 March, will now go ahead at Forfar's Station Park.

The switch has come about due to persistent problems with a waterlogged pitch at Brechin's Glebe Park.

Brechin's next home match, on Wednesday against league leaders Queen of the South, may also be moved to allow the pitch more time to dry out.