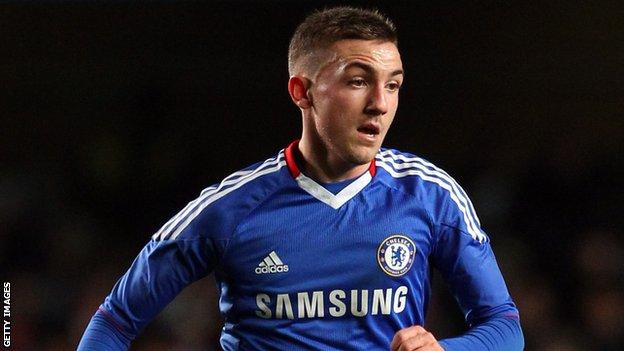 Exeter City have signed Brighton midfielder Anton Rodgers on loan until the end of the season.

The 20-year-old, who is the son of Liverpool manager Brendan, is joining the club on a youth loan, having made for Brighton.

Rodgers faces a retrial on 6 May over allegations that he, along with three others, sexually assaulted a woman in July 2011 - charges they deny.

Rodgers is a former Chelsea youth team player and has represented the Republic of Ireland at youth level.