Murray headed in a sixth minute opener and slotted home a second before completing his treble with a deflected shot six minutes into the second half.

Sean Mackle tapped in to make it 4-0 and Branniff added the fifth before he hit the bar from a penalty.

Portadown have a chance of the making the top six in the league split while Distillery remain eight points adrift.

This game was finally played after four postponements and Murray gave the visitors the perfect start with a glancing header from Chris Casement's free-kick.

The Ports dominated while Distillery struggled to create openings and Mark Patton's cross was finished by Murray from close range after 31 minutes. 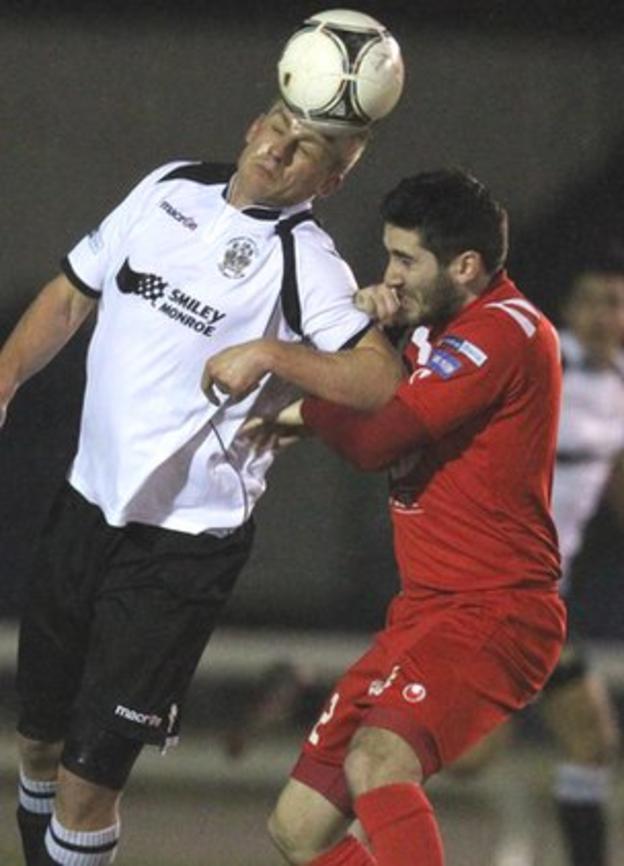 Murray secured the hat-trick by beating defender Philip Simpson and unleashing a shot which deflected off Andrew Ferguson and into the net.

Patton set up the fourth goal in the 62nd minute, pulling the ball across the goalmouth with Mackle netting.

Braniff slotted home from Patton's pass 14 minutes later but the striker failed to take the tally to six.

A spot-kick was awarded three minutes from time for a handball from Andrew Hunter but Braniff struck the bar.

It was not all good news for the Ports as defender Chris Ramsey was stretcheredd off in the second half with what manager Ronnie McFall believed was a dislocated ankle.

The teams meet again at the same venue on Saturday in the final round of games before the league split.

Portadown are three points behind sixth-placed Ballinamallard, who host Linfield, with the Co Fermanagh side holding a superior goal difference of seven.

Distillery's hopes of avoiding relegation may depend on an IFA inquiry into whether Donegal Celtic fielded a suspended player against them on Saturday.

Sean Cleary scored what turned out to be the winning goal in the bottom two clash at Suffolk Road.

But it has now been claimed he should have been serving a suspension.

If the Irish FA decides Donegal Celtic blundered by including Cleary in their team, they are likely to be docked the three points which would probably be awarded to Lisburn Distillery.

This would leave just two points between the sides with the Whites also having a game in hand.