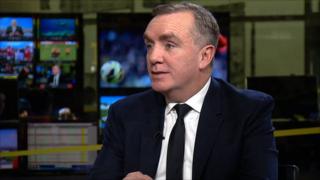 Suarez not for sale - Liverpool MD

Liverpool managing director Ian Ayre says striker Luis Suarez is "not for sale" following reports the striker would be willing to leave Anfield in search of Champions League football.

Despite his initial assurances, Ayre admits he can "can never be 100% sure in football" but insists he is "not unnerved" by speculation the Uruguayan could move on to pastures new.

Suarez signed for Liverpool from Ajax for £22.7m in January 2011 and has scored 29 goals for the club this campaign.