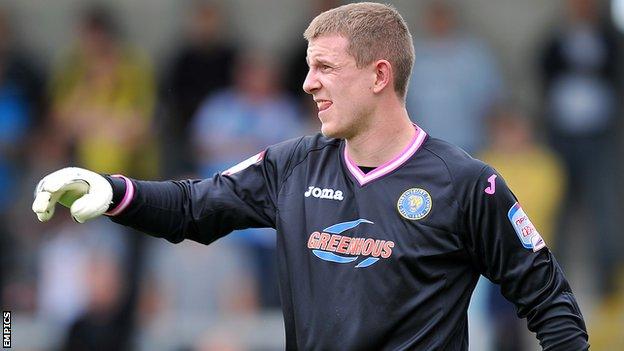 Regular goalkeeper Tony McMillan, who has started all 38 league games this season, has been allowed to leave the club and has joined Altrincham.

McMillan was sent off in the

Smith, 26, was after featuring twice in the Football League Trophy.

He has made 62 league starts for four different clubs during his career.