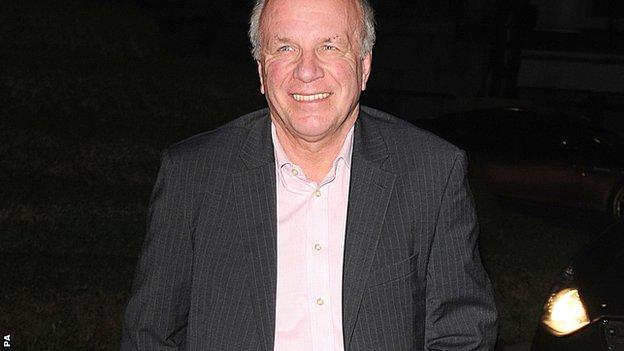 Greg Dyke's distinguished career at the top of the television industry has won him a reputation as a straight talking, no-nonsense leader - exactly the sort of figurehead the Football Association has been searching for.

The man he is replacing as chairman, David Bernstein, wasn't afraid to take hard decisions, but he was instinctively a diplomat, choosing to quietly build consensus with the FA's many different factions rather than tackle his opponents head on.

It's too early to predict what approach Dyke will take, but those who know him say it won't be his style to shy away from confrontation.

"Good," say those who feel the FA has been too cowed for too long by the wealth and might of the Premier League clubs.

Others, however, might wince at the prospect of a re-run of the David Triesman years when his outspoken criticism of the Premier League set off another bitter phase of self-destruction.

There is still plenty of time for this to change of course, but for once a new FA chairman should take over with the organisation in a state of relative calm. Bernstein has capably steered the organisation through the horrid fall-out from the 2010 World Cup exit and the disaster of the 2018 World Cup vote.

The Sports Minister once described football as the worst run sport in the country. He doesn't say that now, and even on the toxic question of racial discrimination Bernstein has been determined to take a lead. St George's Park has finally opened and the burden of running Wembley even seems to be under control.

Brentford: Seven-year stint as non-executive chairman of the League One club will come to an end when he takes up his new position with the FA

There are inevitably still plenty of problems - the FA's disciplinary procedures were held up to another round of ridicule this week following the failure to punish Wigan's Callum McManaman for his two-footed lunge on Newcastle's Massadio Haidara. And then there is the tortuous process of reforming the FA's internal decision making structures.

But Bernstein has given Dyke a platform on which to build, so what will he want to do with that?

The hawkish elements in the game will want to see Dyke live up to his combative reputation by taking on the vested powers of the Premier League - especially at a time when the top clubs are about to reap the benefits of a new three year TV deal worth £5bn.

Ensuring the grass roots and smaller clubs - like his own team Brentford - get a bigger slice of that cash is essential to a rebalancing of the game in this country.

Dyke has expressed deep concerns about the direction of travel in the English game in the past, saying in an interview two months ago that he was surprised the FA had not asserted itself more. He also questioned the dominance of foreign owners, players and managers.

As a director of Manchester United he opposed the BSkyB takeover of the club and, years later, expressed his concerns at the Glazer family's plans to seize control of Old Trafford. His views on that situation now would be extremely interesting.

Among his biggest supporters on the FA board will be outgoing United chief executive David Gill and independent director Heather Rabbatts. They will tell him that while he might want to shake things up, a softly, softly approach could turn out to be more effective.

Building relationships with Premier League supremo Richard Scudamore and the new chairman of the league, who could be appointed in the next couple of weeks, is likely to bear more fruit in the short term.

One senior board member told me that Dyke has a gift for winning hearts and minds and he will be a breath of fresh air for the FA and for the English game. His dramatic resignation as Director General of the BBC over Lord Hutton's criticism of the corporation's coverage of the Iraq War certainly showed he is prepared to take a principled stand.

The trick for Dyke will be to assert his new authority over English football without creating new divisions.