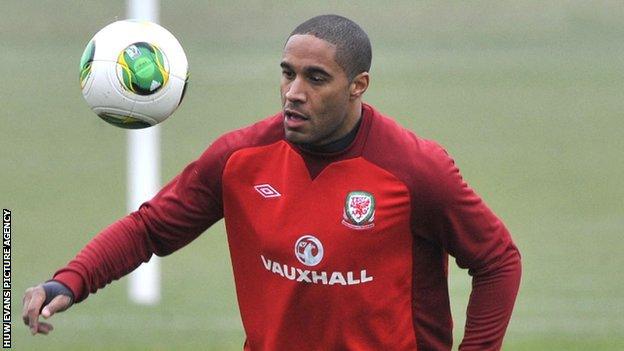 And Williams' Swansea City have won the Capital One Cup and Cardiff City's bid for top-flight promotion goes on.

"It would be nice if we could... keep the momentum going," he said.

Defender Williams, 28, helped the Swans beat Bradford 5-0 at Wembley in February to take the Capital One Cup and they lie ninth in the Premier League under boss Michael Laudrup.

In the wake of Wales retaining Europe's rugby crown, the Swans' efforts and those of the Bluebirds, Williams says he and his international team-mates to enjoy similar success.

He said: "I was thinking about that the other night when I was watching a replay of the rugby game [against England].

"Everyone is still buzzing, rugby is a massive sport in Wales and it was a great day for everyone concerned.

"Swansea have had a good season, Cardiff are top of the league so it would be nice if we could carry that on and that is what we will be looking to do.

"Playing against Scotland gives it a little extra as well being a home nations game and both countries will be desperate to win."

Manager Chris Coleman's side will be looking to build on their recent friendly win over Austria. when they face Gordon Strachan's side.

It is Strachan's first competitive game in charge of the Scots.