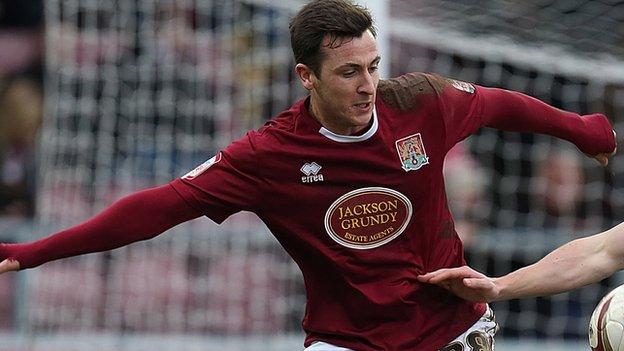 Chris Hackett crossed for January deadline signing O'Donovan to head home only his third goal for the club from 10 yards on 85 minutes to steer the Cobblers up to third place.

Ben Harding had earlier gone closest to breaking the deadlock, hitting a post.

But Torquay had a strong penalty appeal waved away when Elliot Benyon was tripped by defender Clarke Carlisle.

Rene Howe then went close to an equaliser before home keeper Lee Nicholls denied Benyon in the last minute.

O'Donovan, signed on 31 January by his old Coventry City manager Aidy Boothroyd following his release by the Sky Blues, also had a header ruled out for offside.

Northampton have gone two points clear of fourth-placed Burton Albion, who play at home to Chesterfield on Saturday.