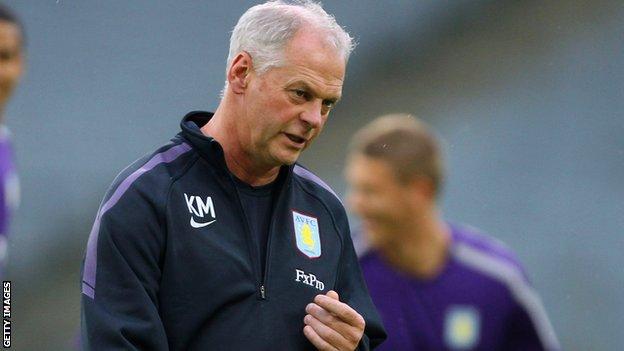 Kevin MacDonald is waiting to see if Swindon gain promotion before opening talks with out-of-contract players.

"Obviously we'd like to keep them," the Robins boss told BBC Wiltshire.

"Once we've sorted out where we are [next season], whether it's this division or the next, we can start talking about contracts because money is very different in the Championship."

MacDonald has seen his side pick up seven points out of a possible 12 since taking over at the County Ground following Paolo Di Canio's resignation.

That run means Swindon currently lie third in League One, only one point off the automatic promotion places.

"All the players I've seen so far are worthy of playing for Swindon in the Championship," the former Aston Villa coach commented.

"The big focus for me is 'can we get promotion?' If we do then we'll sit down and look at things.

"We've got to see where we are because if we are in the Championship, it may be a different calibre of player we require."