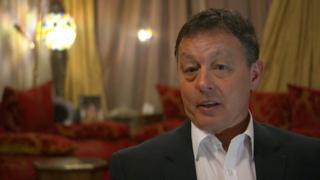 Nottingham Forest boss Billy Davies has spent this week in Kuwait and admitted the ambition of the club's owner has surprised him.

Davies, who has led Forest to six successive wins in the Championship, spent three days having talks with Fawaz Al Hasawi.

He told Late Kick Off Midlands reporter Natalie Jackson that Al Hasawi was "sincerely passionate and committed" to getting Forest into the Premier League.

Late Kick Off Midlands is on at 22:55 GMT on BBC1 on Sunday, and the BBC iPlayer from Monday morning.