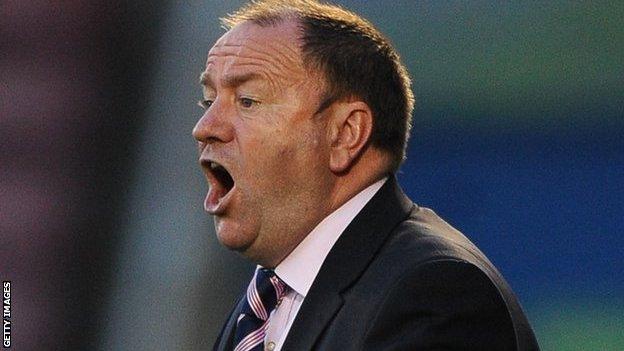 Yeovil boss Gary Johnson says anything other than promotion from League One this season will be seen as a failure.

The Glovers have fallen out of the play-off places and down to seventh after a run of one win in six games.

"I don't want people telling me how well we've done for our situation. We brought this group in to compete at this level," Johnson told BBC Somerset.

"We don't want to be seventh and everyone say we were unlucky - if we don't get promoted we've failed."

In one of the tightest League One campaigns in recent memory, just six points separate Johnson's side from leaders Doncaster with eight games to play.

No clear leader has emerged from the promotion-chasing pack, with all teams experiencing inconsistent form going into the back end of the season.

And Johnson believes that the next few games are vital for all teams in the race for promotion to the Championship.

"You could be interviewing any manager at our level and they'll all be saying they are having a blip," Johnson added. "I don't know who's winning games because everyone is saying that."

"The next couple of wins are going to be vital because we don't want to be leaving it too late.

"We want to stay in line with automatic promotion, so therefore I'm going to need the lads I trust and have done it before."