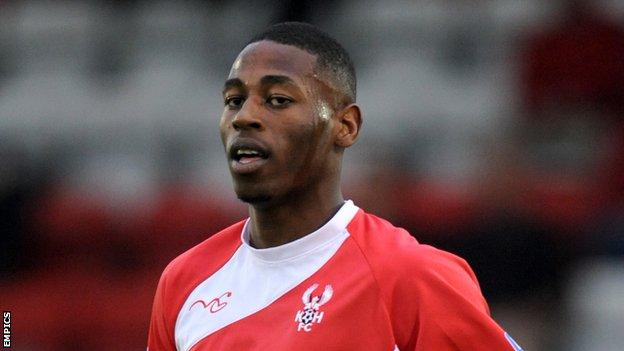 Danny Kedwell put the visitors ahead early on with a fine strike into the top corner after being played in by Callum Davies.

Matt nodded in an equaliser, but Charlie Allen headed the Gills back into the lead before the break.

And Matt equalised once again after capitalising on a defensive mix-up to squeeze the ball home.

"It's another point towards our total. It was fierce, they changed their style of play and went direct.

"There's disappointment it's not three points. The first 60-70 minutes was the best we've played for a long time, we should have been more goals ahead.

"There was great support and it's a good day for us. I think a few of [the players] were surprised when I told them what the team was going to be, but I've got belief and confidence in all my players.

"I don't have a go at them, I encourage them, and we're moving as close as we can to as many points as we can, and every point is a big point."