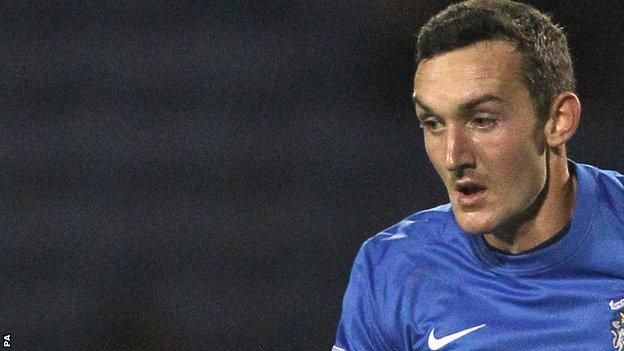 The Reds had Connor Franklin sent off after just seven minutes for a late tackle on Daniel Gray and Craig Hobson put the Imps ahead when he sidefooted home after good work by Jamie Taylor.

The visitors almost levelled when Darran Kempson hit the bar.

But Vadaine Oliver slotted home after a Nat Brown pass to make it 2-0 late on.

Alfreton's second defeat in three days leaves them a point behind Lincoln and two points clear of the bottom three.