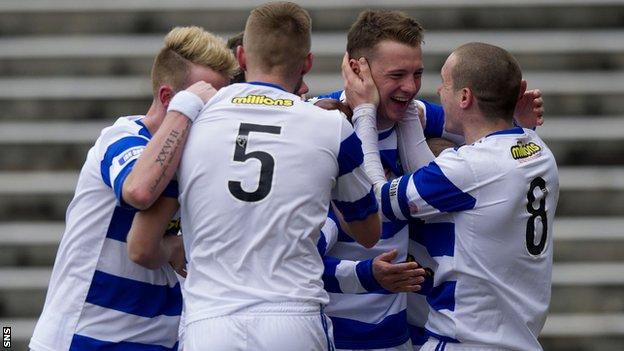 Peter MacDonald bagged a brace as Morton tightened their grip at the top of the table with a win against Cowdenbeath.

Craig Moore put the visitors ahead in the 13th minute after some good work by Scott Linton.

With half-time approaching, Scott Taggart fouled Cowdenbeath striker Greg Stewart in the penalty area. James Stevenson saw his spot-kick well saved by Derek Gaston but he was quickest to the rebound, tapping into an empty net.

The hosts pulled a goal back from the spot themselves six minutes after the restart when MacDonald converted following Dean Brett's challenge on Martin Hardie.

And the comeback was complete three minutes later when MacDonald headed in his second to level things up.

Taggart fired them ahead for the first time after 63 minutes with a fine strike from distance before Hardie nodded in a fourth eight minutes later.