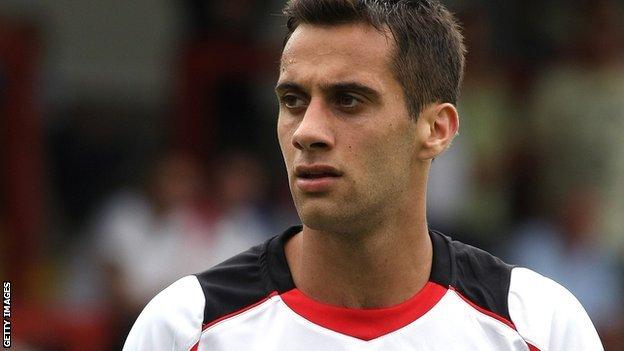 Sheffield Wednesday missed a chance to grab a vital away victory as they conceded an injury-time equaliser against bottom-placed Bristol City.

Jermaine Johnson gave Wednesday a first-half advantage when he fired a loose ball into the bottom corner.

The Owls had chances to make it 2-0 but both Johnson and Leroy Lita shot wide, while Reda Johnson headed off target.

City made their opponents pay for those misses in the 93rd minute when Sam Baldock blasted home an equaliser.

Despite the late leveller, the Robins are now seven points adrift of Championship safety, while Wednesday are 21st in the league table with only goal difference keeping them out of the bottom three.

Bristol City had lost their last two matches but made a bright start as Owls goalkeeper Chris Kirkland caught Steven Davies's header and then held a curling effort from Lewin Nyatanga, before Davies headed wide when well placed.

But Johnson's first goal since 25 August put the visitors ahead against the run of play.

Despite Bristol City being bottom of the Championship, they remain unbeaten at home since Sean O'Driscoll took over in January. The Robins have won five and drawn two of O'Driscoll's seven home games.

That goal led to a sustained spell of pressure from Wednesday as Johnson stabbed the ball wide from six yards and substitute Lita also missed the target from close range.

Robins midfielder Albert Adomah, making his 250th career appearance, shot over from 15 yards in a rare second-half chance for the home side.

However, Baldock rescued a point for the hosts in dramatic circumstances with his first goal of 2013.

The Owls defence failed to clear the ball and Baldock collected it on the edge of the penalty area and shot into the top corner to earn a point for the Robins.

"We deserved more. Our spirit has not been broken and we will keep on battling.

"Six more performances like that will do me, whatever the outcome of our season.

"The players are doing all I and the fans can ask of them. The supporters were fantastic today, even when we were a goal down, and that augurs well for the future."

"It was a forearm smash by [Marvin] Elliott. Anywhere else on the pitch it would have been a free kick.

"We had taken everything City could throw at us and all you ask is a fair deal from the match officials.

"We have had trouble with this referee before. If he had done his job we would have been going home with three points, but I get tired of saying that sort of thing."