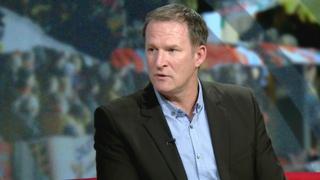 Preston North End manager Simon Grayson tells BBC Late Kick Off North West that he has been encouraged by what he has seen from his squad in the early weeks of his reign at Deepdale.

The Lilywhites have lost just one of their six matches since Grayson was appointed as successor to Graham Westley.

To watch the Sunday, 24 March edition of Late Kick Off North West, visit the BBC iPlayer.