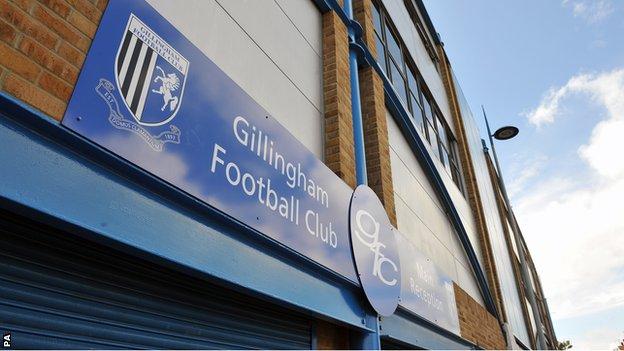 Gillingham gave free food to the 28 Accrington fans that made the trip to Priestfield Stadium on Saturday.

Stanley lost 1-0 but their fans had already been given free pies for making the 270-mile trip despite heavy snow.

"It was a lovely gesture. Gillingham are flying high and getting crowds of 10,000 but still care about the smaller clubs," Accrington managing director Rob Heys told BBC North West Sport.

"That said, we would have preferred to take the three points off them."

He continued: "We might not travel in the biggest numbers but we've got a very passionate support.

"That was shown at the weekend with them getting through all that snow."

Accrington have the smallest average home attendance in the entire Football League with 1,619. Gillingham average 6,568 for their home matches, and Saturday's attendance of 10,094 was the biggest crowd Stanley have played in front of this season.

The Gills' win took them eight points clear at the top of League Two and just four wins from mathematically sealing promotion. Accrington are 22nd, two points above the relegation zone.