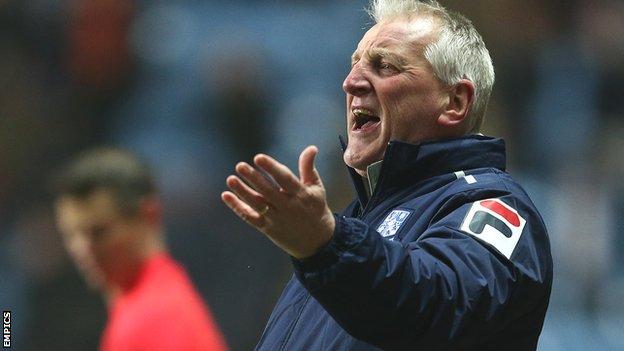 Manager Ronnie Moore believes Tranmere felt the benefits of three days off as they beat Stevenage 3-1 to move back into the League One play-off places.

The Rovers boss awarded his threadbare squad some time off as the division's promotion race reaches its conclusion.

"It's not like me but we gave them three days off, and in the first half we were nice and bright."

He continued: "When you've got a squad of 18 pros and five loanees, it's difficult and it's going to catch up with them.

"They'll get two more days off next week. You've just got to be ticking over and getting ready for another cup final [against sixth-placed Sheffield United at Prenton Park on Friday]."

Rovers, the long-time leaders of League One, have been hit hard by injuries and suspensions in recent weeks, resulting in their

But they moved back up to fifth, a point behind the automatic promotion spots, with Sunday's victory.