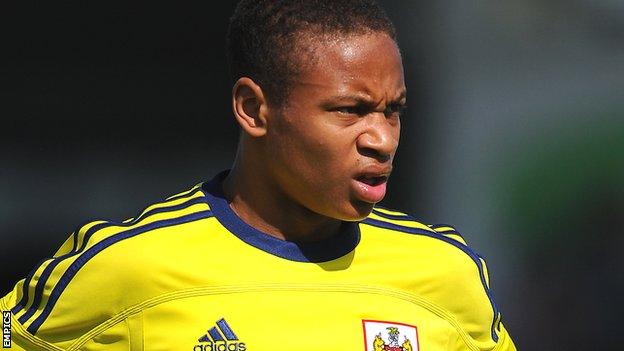 Lee Johnson has made his first signing as Oldham manager, bringing in Bristol City midfielder Bobby Reid on a youth loan for the rest of the campaign.

Reid, 20, has made five substitute appearances for the Championship club, four of them coming this season.

"The gaffer was at Bristol City when I was starting out and knows about me," Reid told the club website.

"I've reached the stage of my career when I need to be playing games, which is why I am happy to be here."

but featured just once for the Robins.

Johnson, the youngest manager in the Football League, against Hartlepool on 19 March, while the Latics' fixture at Shrewsbury on Saturday was postponed because of snow.