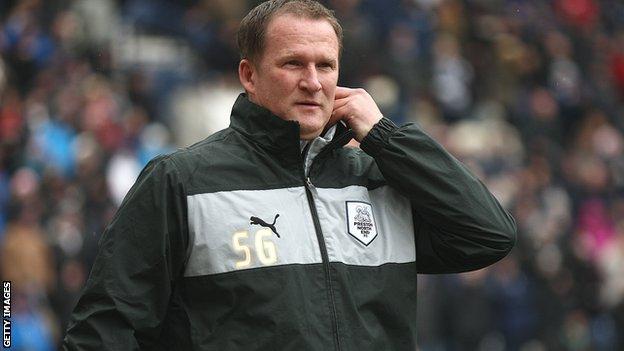 Manager Simon Grayson believes the foundations are in place for Preston to enjoy a more profitable 2013-14 season.

North End have lost just one of their six games

Grayson told BBC Radio Lancashire: "I still know there's work to do to make us a force this time next year.

"The endeavour and the application is there. We just want to bring it all together to give us a foundation for a successful season next year."

Preston, who flirted with the top six positions for much of the first half of the campaign, were in danger of being dragged into a League One relegation battle before their recent improvement.

At present they lie 16th in the table, a healthy nine points above the drop zone.

The 43-year-old, who at Deepdale in February, continued: "When you look back at the games so far and the [three] goals we've conceded, one was a 94th-minute penalty and the other two were mistakes by players not clearing their lines properly.

"We've not been undone by some good play, or the function and organisation of the team been ripped to pieces, so there's a lot to work from."

Grayson has won promotion from the third tier with all three clubs he has previously managed - Blackpool in 2007, Leeds in 2010 and Huddersfield in 2012.

Winger Lee Holmes is similarly optimistic about Preston's chances of being more competitive next season and possibly mounting a push for promotion.

"We have to think like that," he said. "In the last month, we've played some good teams who are at the top of their game and near the top of the league. I think we've either matched them or been better than them. That bodes well going forward.

"There's a lot that we've got to learn and be better at, but it's a good starting block for us."