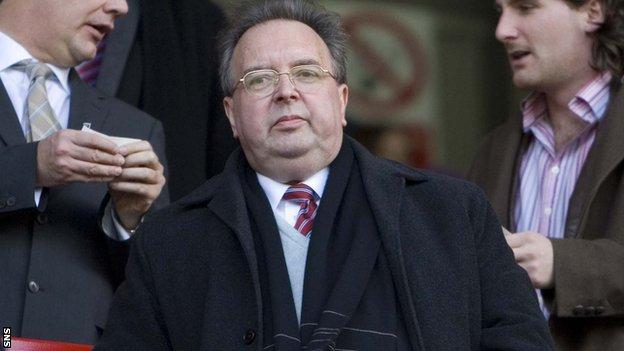 Dunfermline majority shareholder Gavin Masterton will make an announcement on the club's future on Tuesday.

The Fife outfit are bidding to avert liquidation following a winding-up order for a £134,000 tax bill.

The Pars indicated they had until 17:00 GMT on Monday to settle the debt with HM Revenue and Customs but that deadline has another 24 hours to run.

Dunfermline are due to host Falkirk on Wednesday, but there remains no guarantee the game will go ahead.

Masterton resumed control of the situation after a steering group set up to guide the club through the crisis ran out of options following failure to negotiate a viable long-term solution with supporters.

The former managing director of Bank of Scotland and his family's company are owed most of the club's debt of around £8.5m but an immediate cash-flow crisis is threatening to close them down.

Players and staff have suffered repeated wage delays this season.

Going into voluntary administration could allow Dunfermline to keep playing but they would face unspecified sanctions from the Scottish Football League.

Dundee were docked 25 points when they went into administration in October 2010 but that was the second insolvency act at Dens Park in seven years.

With Masterton controlling most of the debt, he would likely have the final say on any creditors agreement.

The prospect of liquidation remains, though, given a winding-up order is in place.