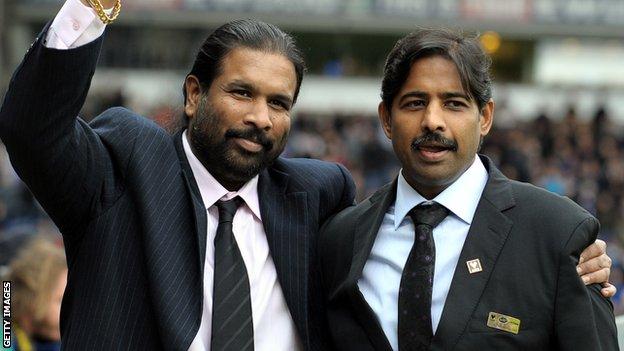 Controversial Blackburn owners Venky's are "100% committed to the club", according to Rovers' global advisor Shebby Singh.

Rovers, 18th in the Championship table, sacked manager Michael Appleton after 15 games and 67 days in charge.

Steve Kean,Henning Berg and Eric Black have also left the club this season.

"We all know the transition period will end very soon and the fans will start enjoying their football again," the former Malaysia player told BBC Sport.

Speaking for the first time since Appleton's dismissal on 19 March, Singh defended the high turnover of managers.

Kean claimed he was forced to resign in September before his replacement, Berg, was sacked in December.

Assistant manager Black, who also had a spell as caretaker manager, left with Berg.

"I would like to assure the fans that everything possible is being done to make the club enjoy long-term stability," Singh added. "In football, you have to set long-term plans.

"Unfortunately, situations sometimes happen where you have managers with differing philosophies and this can cause the transition period to take longer than expected.

"The ambition is to get the club back on its feet and achieve what all club owners would like to achieve. So you can take it from me the owners are 100% committed."

Singh said that Blackburn's hierarchy are not thinking about the prospect of dropping into League One despite being four points above the relegation zone with nine games remaining.

The global advisor also defended his own position at the troubled Championship club.

Last week, it was revealed that Appleton did not exchange a single word with Singh throughout the former Portsmouth and Blackpool manager's short reign at Ewood Park.

"I had pretty much been accused of interfering [in the past]," said Singh.

"I was always held responsible for the lack of results and poor performances.

"Every decision the owners get wrong costs the club a fortune. They are probably paying three different managers at the moment. I just don't understand it."

"As ridiculous as those allegations were, they were out there and that really fuelled the fans. When the situation came [to appoint Appleton], I decided to take a step back.

"I can't carry the can for people. As a global advisor, I report to my bosses and speak to my bosses. I would say my job here has pretty much been fighting fires."

Blackburn have put Gary Bowyer in caretaker charge for the remainder of the Championship season.