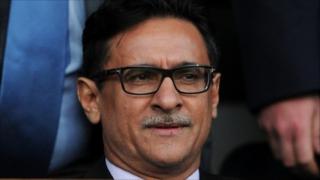 Blackburn Rovers global advisor Shebby Singh says "everything possible is being done to give the club long-term stability" after they sacked three permanent managers in seven months.

Singh insists boardroom decisions have been made "for the greater good", and reassures fans that the period of instability will "end very soon" after Michael Appleton was dismissed following just 15 games in charge at Ewood Park.

Rovers have put reserve-team coach Gary Bowyer in caretaker charge for the remainder of the season, with nine games remaining to preserve their Championship status and avoid a second consecutive relegation.