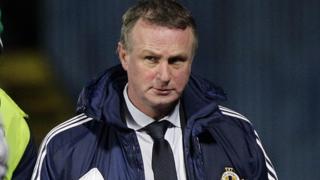 O'Neill is still without a victory after nine games in charge while slim hopes of making next year's finals in Brazil took another blow.