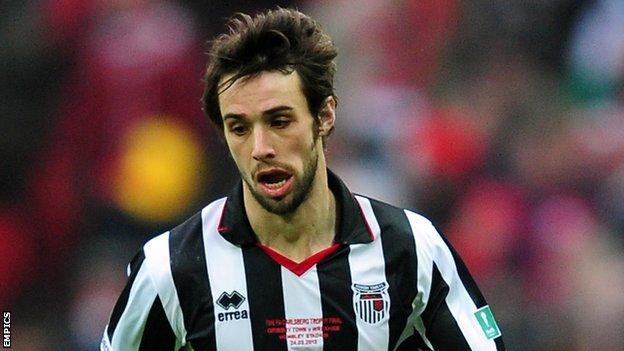 Waide Fairhurst struck a Grimsby post before Pablo Mills finished off a goalmouth scramble for the equaliser.

But the visitors reclaimed the lead against the run of play, Shaun Pearson nodding in a corner from Frankie Artus, who then tapped in Cook's goal-bound effort for Grimsby's third.

The fifth-placed Mariners now have a seven-point cushion over Forest Green below them, while Macclesfield's play-off hopes are all but over as they fell 12 points off the pace.

"I'm really pleased for the players because it's been a tough week because after Saturday against Barrow (0-0 draw) everybody has written us off.

"I'm delighted for the players, not just the ones that played today but everybody that's played a part because they stick together the lads.

"And I have to say there's a real resolve there. I think they look fresher today than they did on Monday (against Stockport) and I thought they played in the second-half particularly some pretty good attacking football.

"They had a bit of possession but once we changed it we really stepped onto it. "