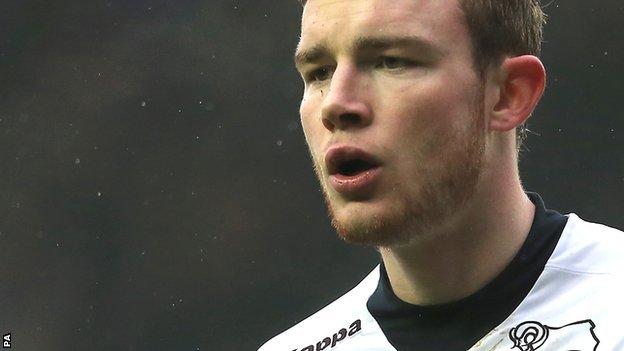 Derby County centre-back Mark O'Brien is likely to be out of action for six months after having surgery on a persistent knee injury.

The 20-year-old defender has struggled with the problem all season and had an operation in London on Tuesday night.

O'Brien, who has now had four operations during his short career, has not featured since February and has played just 11 games this season.

He missed the second half of last season with a cruciate knee injury.

O'Brien also had ankle surgery during the 2010-11 season, and had to go under the knife to correct a heart defect in November 2009.