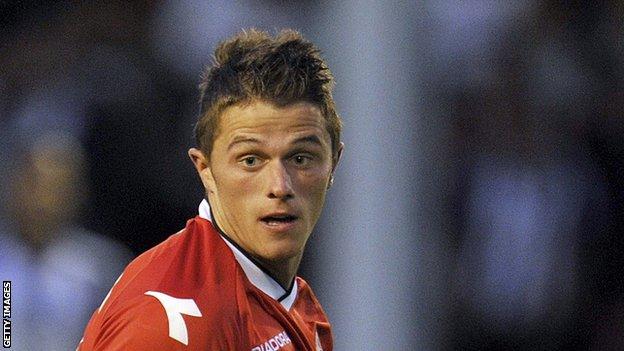 Peterborough United have signed Stoke City midfielder Florent Cuvelier on loan until the end of the season.

The Belgium Under-21 international moved to Stoke from Portsmouth in 2010, but has yet to make a first team appearance for the Potters.

However, the 20-year-old attacking midfielder has had two successful loan spells at League One Walsall.

Posh boss Darren Ferguson said: "He is a very good technical player who can play anywhere in midfield."

Ferguson told the club website: "He has been with Walsall this season and did very well. We thought we could perhaps do something for next season, but obviously it has been accelerated because I have injuries to Davide Petrucci and Alex Pritchard, so that has made my mind up.

"He wanted to come here, he plays football the right way and I believe we will suit each other. He will go straight into the squad on Saturday for the game with Cardiff City at London Road."

Cuvelier told BBC Cambridgeshire: "My main game is to keep the ball and pass it, but if I can get forward and score goals I'll do it, it's part of my game.

"When you go on loan as a young player you need to go to a team that will suit the style of football you play, and Peterborough pass the ball, which is how I like to play, so I'm delighted. "

Peterborough have confirmed Manchester United loanee Petrucci, who has a hamstring injury, will be out until the end of the season.