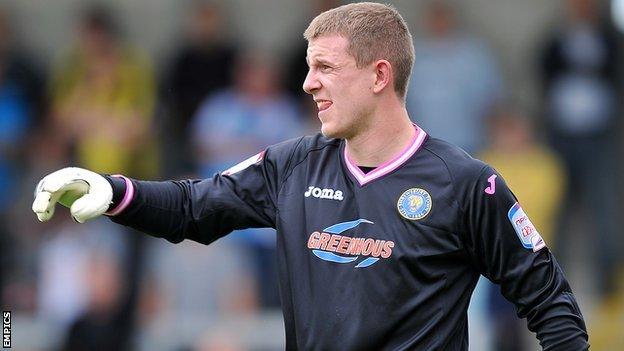 Southport goalkeeper Ben Smith has been ruled out for the season after suffering a torn groin in Tuesday's 2-0 home defeat by Newport County.

The 26-year-old, who sustained the injury

Manager Liam Watson is in talks to bring in a replacement for the Blue Square Bet Premier run-in.

Midfielder Godfrey Poku is also injured after he picked up a hamstring strain early in the match.