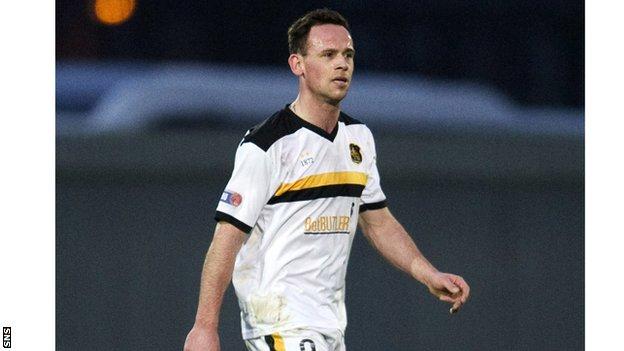 A hat-trick from Jim Lister inspired Dumbarton as they came from behind to beat Raith Rovers.

The visitors were ahead inside four minutes, with Greig Spence finishing a slick move and Grant Anderson doubled Rovers' lead from 18 yards.

Lister scored from close range before the interval and levelled when he connected with a Paul McGinn cross.

Scott Agnew netted from the penalty spot after Bryan Prunty had been felled before Lister added a header.

Following the weekend's 4-3 comeback win at Dunfermline, the Sons leapfrog Cowdenbeath out of the relegation play-off place into eighth in the table, while Rovers are now just four points better off than Ian Murray's side.