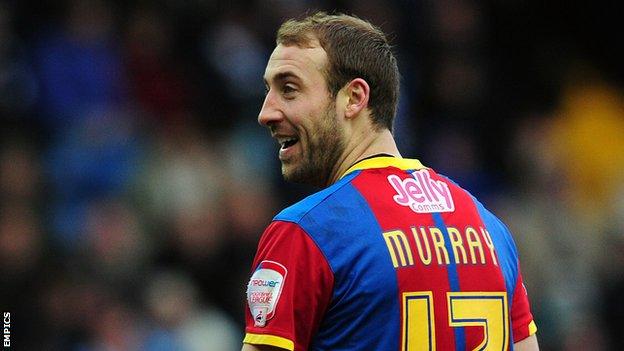 The 29-year-old has been in outstanding form this season, scoring 30 goals in 36 appearances.

Murray joined Palace on a free transfer in summer 2011 after spending three and a half years with their fierce rivals Brighton & Hove Albion.

Eagles manager Ian Holloway said the deal, which will keep Murray at Selhurst until 2016, was "great news".