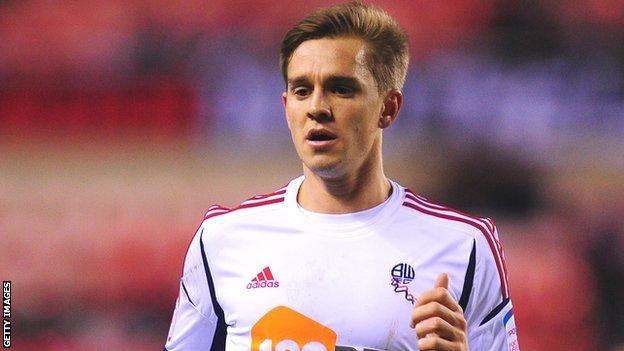 Holden, 27, has joined the Hillsborough club for one month after making just four appearances for Wanderers since sustaining a knee injury against Manchester United in March 2011.

Howard, 36, who has scored three goals in 36 games this season, will stay with the club until the end of the season.

Both players could make their debut for the Owls against Barnsley on Saturday.

Explaining his move for Holden, Wednesday boss Dave Jones told BBC Radio Sheffield: "He just wants to get going again, that is the most important thing to him.

"He's quality on the ball, he's got an eye for a goal and if hadn't had the injuries he's had then we wouldn't have been able to get him."

Jones confirmed, meanwhile, that he turned his attention to Howard, whose former clubs include Luton, Derby and Leicester, after an unsuccessful approach for Holden's Bolton team-mate Kevin Davies.