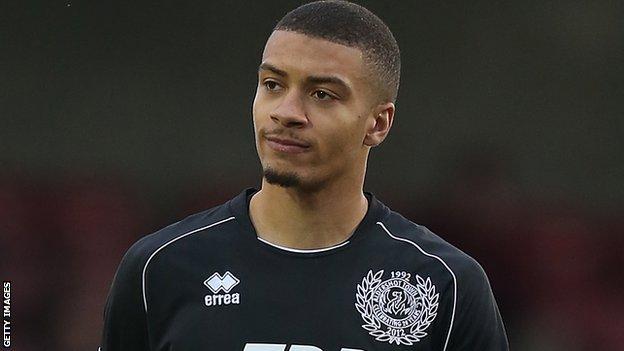 Cheltenham have extended the loan of Reading's Michael Hector while Birmingham's Jack Deaman has signed until the end of the season.

Hector, 20, joined the Robins in January and, after agreeing a month-long extension, will now stay at Whaddon Road until May.

He will be available for the League Two play-offs should Cheltenham make it.

Fellow defender Deaman, 19, has been with the Blues since 2011, having come through Wrexham's academy.

He has yet to make a senior appearance for his parent club.

Hector has become a regular in Cheltenham's team - playing 12 games so far - but is one booking away from collecting 10 yellow cards this season, which would result in a two-match ban.

"We need to cover every eventuality and we are a little light in defence," Robins boss Mark Yates told the club website.

"Michael Hector is close to a suspension so Jack will give us some protection. He knows what to expect here and he is ready to try and prove himself."