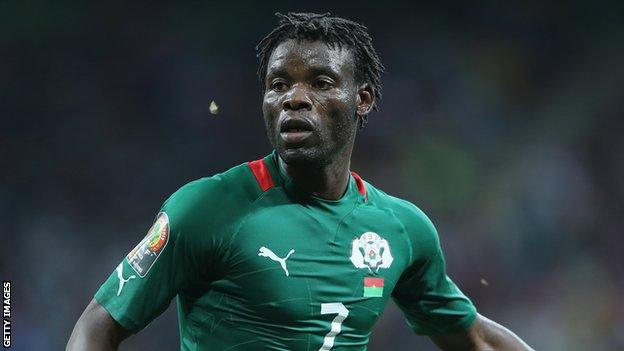 Charlton Athletic have signed midfielder Florent Rouamba on a deal until the end of the season.

The deal is subject to the Burkina Faso international receiving a work permit.

Rouamba, who has played for Moldovan side FC Sheriff Tiraspol for the last six years, had been on trial with the Championship club.

The 26-year-old was a key part of the Burkina Faso side which finished runners-up at this year's Africa Cup of Nations in South Africa.

"He has been playing out in Moldova, which is quite a strange route but it happens with a lot of players as they just want to play, regardless of the country," Addicks boss Chris Powell told the club website.

"He trained with us before the international break and we quite liked what we saw, so we've managed to secure him, hopefully, if everything is resolved with his work permit.

"He will be with us until the end of the season, which gives us a longer look at him.

"He doesn't know anyone really and he is in a hotel, and you have to take those things into account, but he is here to impress us for the longer term and I really hope that he does well and is one that can maybe add to us in the future."