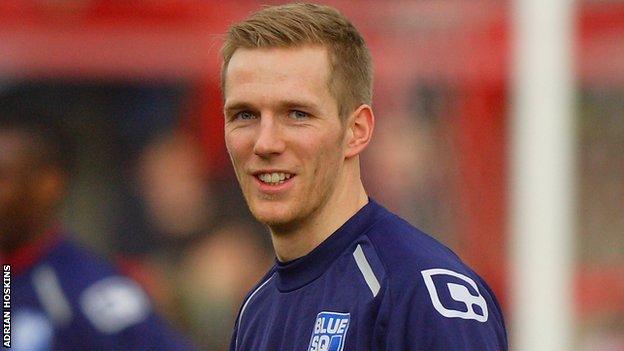 Kidderminster Harriers have signed defender Jamie Grimes on a short-term deal until the end of the season.

The 22-year-old from Nottingham has played part-time for Redditch and Blue Square Bet North promotion hopefuls Brackley Town since his release from Swansea City's academy in 2011.

"When I was at Swansea I was brought up with football," said Grimes.

"To have another shot at full-time football is what I've been working towards for the last two years."