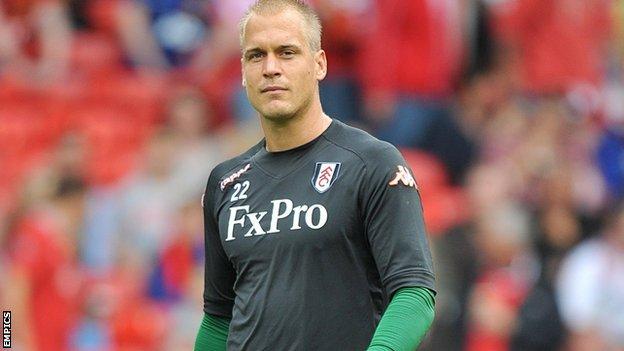 Blue Square Bet Premier Dartford have signed Fulham goalkeeper Csaba Somogyi on loan until the end of the season.

The 27-year-old has yet to make his debut for the Cottagers since joining the club from Hungarian side Rakospalotai EAC in July 2011.

He has joined Dartford as cover for the injured Louis Wells, who has made three appearances this season.

Somogyi, who was Martin Jol's first signing as Fulham boss, is likely to make his debut at Newport on Saturday.