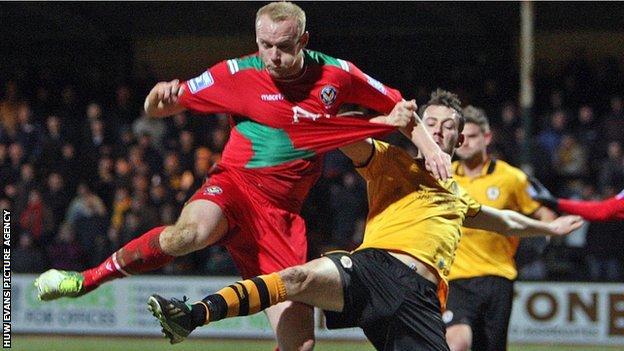 Newport County's slim hopes of automatic promotion suffered a blow as they were held by Cambridge United at the Abbey Stadium.

In a game of few chances, the Welsh team's efforts foundered on the industry of Tom Shaw and solid defence of Charlie Wessmer.

The closest either team came to scoring was when Scott Donnolly's free kick rattled the Cambridge crossbar.

Newport County manager Justin Edinburgh told BBC Radio Wales: "That's an opportunity that passed us by. The games are catching up on us now, I know everyone has played games but we've played a lot and we've travelled a lot. Four of our last five games have been away from home.

"I think we've got three consecutive home games now and our aim is to go an get maximum points from those. We'll look back at the end of that week and who knows.

"It's a point gained on Mansfield. You have to look on it positively. And until we can't win it [the League] then we've got to keep going because I know that with five games to go there's nothing stopping us winning five consecutive games."