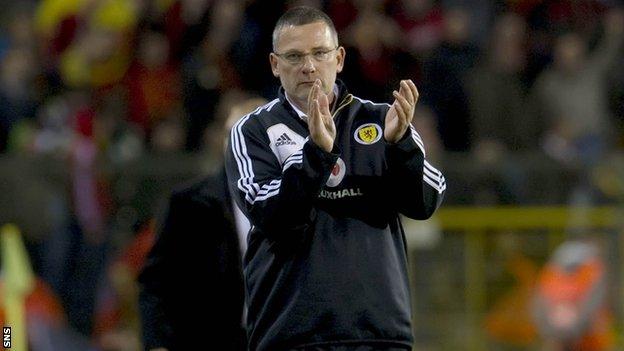 Levein, 48, began legal proceedings following his sacking last November, regarding how he was "relieved of his duties".

"The SFA wishes Craig well for the future. No further comment will be made on this matter," read a statement.

Levein was removed from his post in November, with Under-21 coach Billy Stark put in temporary charge before Strachan was recruited in February.

At the time, the SFA indicated it would continue to honour Levein's monthly payments, which were due to run until next year's World Cup in Brazil.

However, Levein revealed that he had not been paid a penny as the dispute grew increasingly hostile.