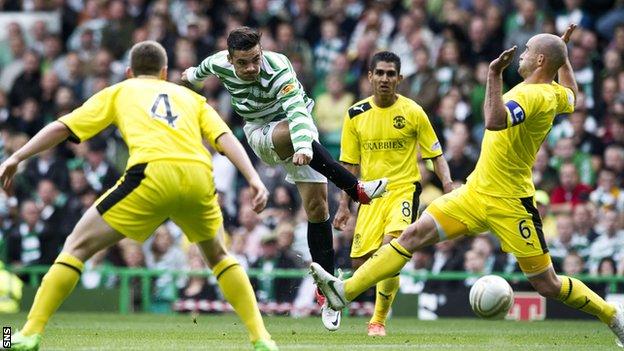 Despite ongoing talks on the topic of league reconstruction, the Scottish Premier League has announced a start date for the next campaign.

Season 2013/14 in Scotland's top flight will kick off on Saturday 3 August.

Clubs were given the option to postpone a fixture on the weekend of 10 August in order to arrange a friendly.

SPL leaders Celtic are the only team to have taken up that offer and permission has been granted for them to miss the second set of matches.