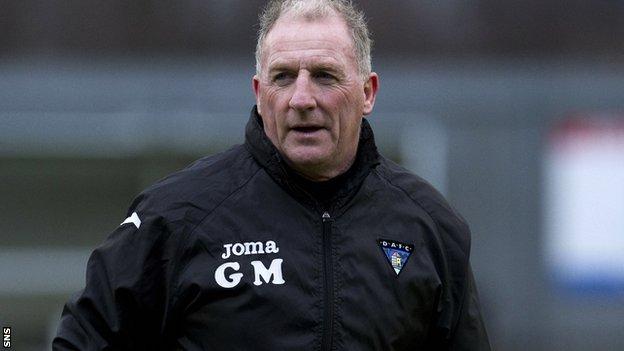 Gerry McCabe has left his role as assistant manager of Dunfermline as the Fife club continue to cut costs.

McCabe had worked alongside Pars manager Jim Jefferies, who himself agreed to a reduced salary.

Meanwhile, three of the players made redundant have found other clubs.

John Potter and Craig Dargo, who are on player-coach contracts at Dunfermline, will remain at East End Park for the time being.

On Friday, Jefferies gave BBC Radio Scotland an update on how the club's future looked.

"Bryan Jackson said he's been involved in football clubs before and they've all come out the other end, but he said this one is a very difficult one," said Jefferies.

"We're not out the woods yet and we'll just have to hope things go our way and we get the money in to help the club survive."