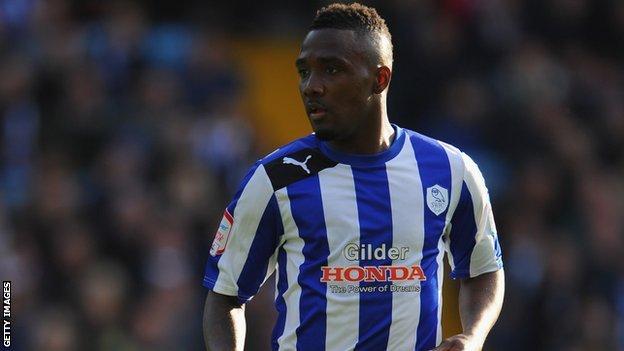 Sheffield Wednesday came from behind for a crucial win that leaves Blackburn Rovers in the bottom three.

But Johnson won it with a spectacular 25-yard shot as Blackburn fell into the Championship relegation zone for the first time this season.

Blackburn's defeat extends their winless run to 10 matches and leaves them still without an away league win in 2013.

More importantly, it leaves them facing the realistic prospect of a second successive relegation. They are now 22nd, one point from safety and three points behind Wednesday, who move up to 18th with their win.

The Owls had to overcome an inauspicious start to do so, however, goalkeeper Chris Kirkland coming off his line and rugby tackling David Dunn to the ground as the midfielder tried to take the ball around him. Referee Roger East pointed to the spot and Rhodes converted his 23rd Blackburn goal of the season.

But the hosts were level within five minutes when the impressive Johnson burst into the penalty area and fired a low shot past Grzegorz Sandomierski.

The Polish goalkeeper was making his full Blackburn debut but was beaten again later in the half by Lita's penalty after Reda Johnson was fouled.

Lita nearly added a third on the stroke of half-time as he held off a challenge from Scott Dann and prodded the ball goalwards, but Sandomierski palmed the effort away.

Dunn wasted two chances for Rovers after the break, firing off target and then shooting weakly at Kirkland, and David Jones also curled a free-kick just over the crossbar before the visitors finally equalised through a header from captain Dann.

However, there was to be late drama as Johnson scored his second of the afternoon, collecting the ball from Jeremy Helan and firing past Sandomierski from 25 yards for a dramatic winner.